According to the American Trucking Association (ATA), there are more females working as truck drivers than ever before. 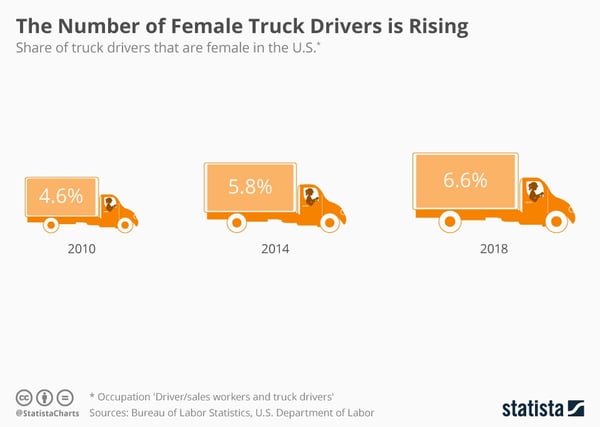 Since 2010, the number of professional female truck drivers in the U.S. has risen 68 percent, the Wall Street Journal reported, citing the ATA. Women are increasingly attracted to the profession because of the equal pay and the greater demand for truck drivers.

While there were 234,234 professional female drivers on the roads in 2018, it’s still a male-dominated industry: Women made up only 6.6 percent of the 3.5 million truckers.

Regardless of who is delivering your shipments, your company can save money and improve efficiency with Varsity's Transportation Management Software for IBM's Power Series (and backwards compatible for AS/400 systems as well), including ShipSoft™ parcel, ShipSoft™ freight, advanced visibility and analytics, and ShipAudit™.